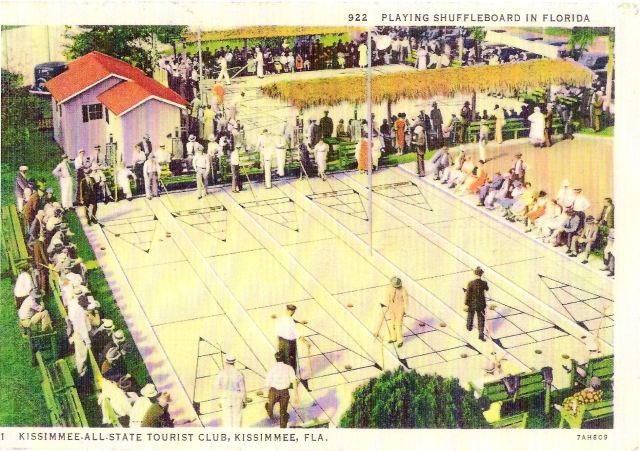 Shuffleboard first became a land game in 1913 when it was played on an improvised court at Daytona, FL.  Mr. and Mrs. Robert Ball who had seen the game played on shipboard, marked out a court on the sidewalk in front of their Lyndhurst Hotel so that their guests might entertain themselves.1  The game at once became popular and a number of the players subscribed the necessary funds to build the first cement court (then called a lane) near the Burgoyne Casino which became the forerunner of countless shuffleboard courts now found scattered throughout practically all of the cities of FL as well as in many other sections of the United States, especially in MI, WI, CO, & CA.

If you ever shuffled in Kissimmee, you will want to click here: KAST Dot