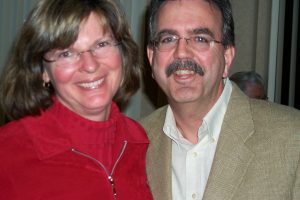 If  during the Holiday Period you find yourself with free time, why not watch a Video OR even two!!    Both videos are directly related to Shuffleboard; both are of the 32nd ISA event held at St Petersburg in October of 2013.  Organizers of the 32nd ISA did a superlative job in promoting International Shuffleboard as well as  100 Years of Shuffleboard in the State of Florida!!  They melded the two together to the mutual benefit of both!!  The 100th Anniversary Committee express our gratitude to President Michael, the ISA Board and to the St Petersburg Club Organizers!! Let’s not overlook the City of St Petersburg!!

The first video some of you may have already viewed.  Put together by Producer Extraordinaire Jim Allen, this video is Part I of a three part production by Jim.  You will see many of the participants of the event.   It takes us UP TO AND INCLUDES the Hall of Fame Banquet.    http://www.youtube.com/watch?v=VaueKJUIFlw

To set the stage for the Awards Banquet held in the St Petes Coliseum, which 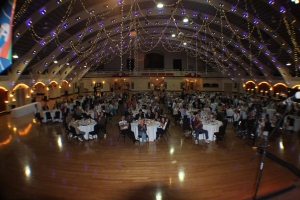 incidentally was where parts of the Movie Cocoon were filmed, (Trivia Pursuit Question) President Michael ran part of the (linked video) on TWO LARGE OVERHEAD SCREENS in the Coliseum.   For those who were not at the Awards Banquet, click on the pic to your right to explode.  This WONERFUL pic is taken from the stage, looking out over the audience.  Will we ever have a setting like that again???

Now to Part II of the 3 part series.  This video opens with many still shots by Photographer David Martin; notice the Grandstand has no, not any vacant seats; Jim gives us a glimpse of the Top Finishers and then at about the 3 minute mark, moves to the Opening of the Amazing Awards Banquet!!    Jim winds up the video with the Lifetime Achievement Awards.

Part III highlights the Top 10 Competitors with emphasis on our Male and Female World Champions.

If you have a favourite part of the programme that I have not highlighted, for goodness sake, let me know and I will see what I can do. (There are lots more)