Pete Rinehart of Woodbrook Estates Leaves Us. May he RIP! 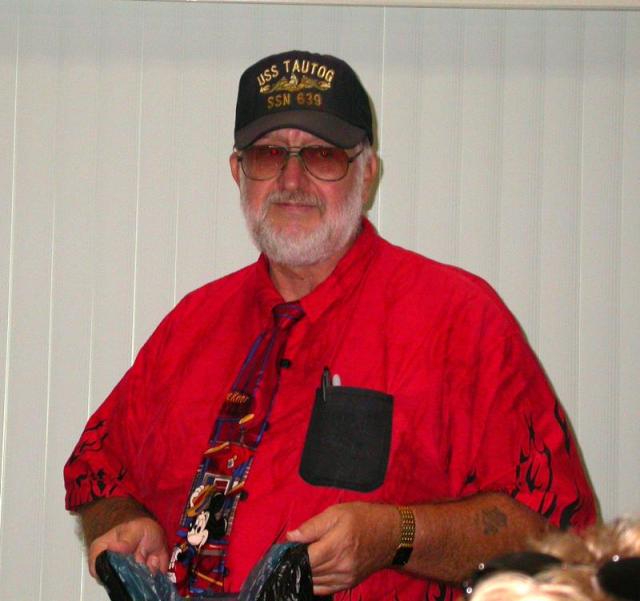 Pete (Charles) Rinehart Leaves Us!!  May He Rest In Peace.

As of time of writing, 2015 01 28 I have very little information.  The announcement of Pete’s passing appears on a Bulletin Board used exclusively for this purpose in our park.  When/If, I receive additional information, I will post same.

Shufflers have not seen Pete for some considerable time.  HOWEVER; Pete did have an impact on Shuffleboard.  Pete’s generosity was demonstrated by his involvement with The Battle of the Big Dogs!!  I will provide a link to the article I posted promoting the Big Dogs Tournament of 2005.   One significant talent of Pete’s was best demonstrated when he performed the induction of Chuck Stansburge into the FSA Hall of Fame.  I hope you agree with me that BOTH CHUCK AND PETE would be pleased to have the following 2 articles go public at this time.

CHUCK STANSBURGE ON THE OCCASION OF CHUCK’S INDUCTION INTO THE FSA HOF!!

Stan McCormack speaks: I had requested this from Pete some time ago. I had occasion to go to his home in Woodbrook Estates, Lakeland, 2010-03-16, and Pete presented me with these remarks:

ENVELOPES: Last week Jerry Stannard, Gus Bondi & I were practicing & I made the mistake of telling them I was clairvoyant. Gus said: “Clara Who?” Anyway Jerry was sceptical & told me he put some questions in sealed envelopes and he wants me to divine the answers.

My father killed my pet turkey. To get me to stop crying, my mother told me when ever a turkey dies, another turkey is born.

III Chuck’s wife, Sandy was kind enough to give me a list of all the jobs Chuck has had over the years – LISTEN TO THIS:

Tried being a Taylor >> Just wasn’t suited for it!!

Midas Muffler: Found it to be too Exhausting!!

Physical Trainer in a Gym: Wasn’t fit for the job!!!

Worked as an Historian >> until he found out there was NO FUTURE in it!!

Finally he landed the job he was born for!!

An Administrator of a Union!   He worked hard and became the Head Guy. Unfortunately he was so good as a union boss, he was promoted to a national position!! That’s why he retired at such a young age.

HE WAS HEAD OF SECURITY FOR JIMMY HOFFA!!

When Chuck was a 1st year Pro, Stan Williamson booked 2 tournaments with him & Chuck was excited BUT because of those 2 tournament Chuck almost quit shuffleboard. LET ME EXPLAIN!

Chuck phoned me 1 week before that 1st tournament. It went something like this:

Stan cancelled out on you.

Both tournaments??   Just the one next week.

Did he have a good reason?? No

What was it?? He had to see his Gynaecologist.

Well, it does sound like a fabrication….But Stan helps the elderly folks in his community & I know he refers to them as his School Teacher or HIS Engineer or whatever they were before retiring.

SO!! He probably has to help an old guy who used to be a gynaecologist, OK?? It does make sense >> So Don’t quit – You’re Welcome – Good Bye.

Take it easy, slow down, what’s the problem? – Stan?? What about Stan; did he finally O.D.? He cancelled AGAIN.

Did he say why? = A doctor’s appointment.

Did he tell you why he needs to see a doctor??

HE GOT CRABS @ RED LOBSTER!!

[As it turned out, there was a happy ending: Stan had food poisoning & Chuck kept shuffling]

V THE TINY BEDROOM: A few years ago, the state masters tournament was in Lakeland. Because I live only 6 ½ miles from the courts, I invited Chuck, George Shaver and Jim Bailey to stay at my place.

The problem was I have a large guest BR and a very tiny guest BR. So George, Chuck and I were discussing maybe flipping a coin to decide who sleeps where when Jim walked in.

We told him the problem & he said we didn’t have to flip. He would take the presidential suite & went into the large BR & shut the door.

The next morning George, Chuck & I were having coffee while his nibs was taking a bubble bath.

I asked Chuck & George if their BR was too small for the two of them.

Chuck said “No But if it was 1 inch smaller it would have been sodomy!!”

Section VI was not presented. (He did give it to me)   Stan McCormack.

Above are remarks given to me by Pete sometime after Chuck’s INDUCTION. I was not at the Banquet > but it is quite apparent that Pete did a Great Job. I thank Pete for sharing these remarks. I believe they are a fitting tribute to Shuffler Chuck Stansburge, deceased AND NOW, 2015 01 28, a fitting tribute to Pete as well!!

3 Responses to Pete Rinehart of Woodbrook Estates Leaves Us. May he RIP!