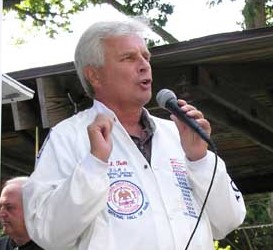 PRESSURE, YES IT’S THAT TIME OF YEAR! by Earl Ball.

Now is the time of year the pressure begins to show on all the players that are trying to do something special.  Every District has players trying to make the “Masters” in the last few tournaments.  Watch them, you’ll see missed shots that would be made most of the time; in the end some will realize their dreams and some will miss out by so very little.  Look at the Florida Shuffleboard Association “Roll of Champions”.  The top 8 make the “Masters” and have a chance to be awarded the “White Jacket”, the badge of the finest players in the land.  One or two of the top 8 won’t play for any number of reasons which mean those that are 9th or 10th or maybe even 11th might have a chance to play the “Masters”.  The battle is on, watch closely!

I will also be covering ASA State League Team Championship as well as the first ASA State Mixed Doubles Championship Tournament, courtesy of John Houser. Watch for it!!!