Sylvia Smith Will Be Inducted Into the US NSA Hall of Fame in Lakeside, OH on July 21st. 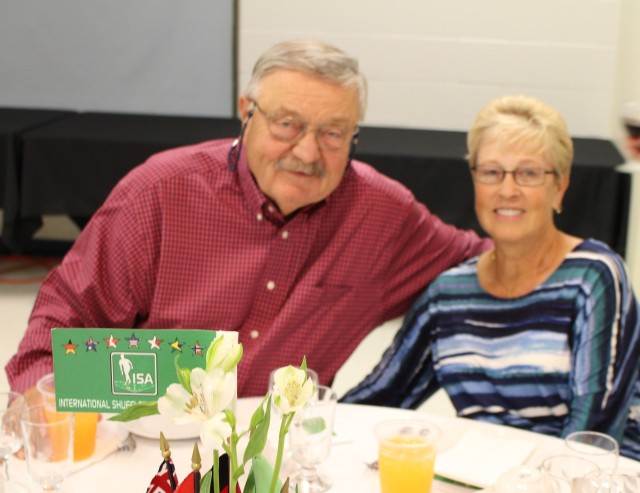 BGSU retiree rules the shuffleboard courts in both Arizona and Ohio

WESTON — Shuffleboard was never on Sylvia Smith’s radar until after she retired from Bowling Green State University in 2001.

Retirement meant the winters were to be spent in Arizona, and in 2004 she was introduced to the sport.

It’s safe to say she grasped it rather quickly.

In just over 10 years playing the sport, Smith has become one of the best shuffleboard players in the world. She will be inducted into the National Shuffleboard Hall of Fame on July 21 at a national tournament and banquet in Lakeside.

The Hall of Fame is located in Clearwater, Florida.

“I was elated,” Smith said of when she found out she would be inducted as one of three members of the 2016 class. “The more you think about it, it gets to you later. At that very moment you’re surprised and of course you’re happy about it.”

It took a few years for Smith to really master the game. It took patience and studying her opponents before she really took off as one of the world’s best.

“First you get interested then you play in your league, then in the park,” Smith said. “And next thing you know someone says, ‘Well, why aren’t you in this tournament over here?’

“I learned a lot in the beginning from my competitors as I played in those tournaments.

“I remember early going up against two really good players and saying I know I’m going to get a lesson from this game, I don’t expect to win but I want to learn something.”

Now, newcomers are the ones learning from Smith, a Weston resident, along with her husband Dan. The two reside in Mesa, Arizona, for six months of the year.

In Arizona, the game is different, the Smiths said. Instead of course, sidewalk-like courts, the courts out west have a glossy finish and are top dressed to make it even more slippery.

“In Arizona it’s more of a finesse game,” Sylvia said. “The courts are very, very fast — they look like a glass top and then they put that dressing on there.

“In Arizona, you really need to learn to read the board.”

Shortly after learning the game in Arizona, Sylvia and Dan discovered that shuffleboard was fairly prevalent in their home state as well. By 2009, after winner numerous tournaments, Sylvia was listed as one of the top eight players in Ohio.

Then it all escalated. Sylvia has won a national championship and placed second in an International Shuffleboard Association tournament in Dieppe, New Brunswick, Canada, in 2011.

She has represented the United States in numerous international competitions all around the world and in roughly 10 different states.

“I think at first she wasn’t real keen about the competition. But once she found out she could play with these people, it turned her into a monster,” Dan chuckled.

The Smiths have both played internationally in England, Canada, Australia, Norway and Germany.

“It really has changed our lives,” Dan said.

Sylvia has also been an ambassador for the game, serving as the District 1 president in Arizona for two years.

She knows eventually that the National Shuffleboard Association will come calling in hopes to have her serve as president, but right now, Sylvia just wants to continue to enjoy the game.

2 Responses to Sylvia Smith Will Be Inducted Into the US NSA Hall of Fame in Lakeside, OH on July 21st.