Lary Faris Has Left Us, May He Rest in Peace. Information Provided by The Phifer Family and Earl Ball.

SHUFFLEBOARD HAS LOST AN ICON!! 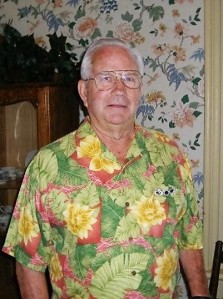 In the afternoon of April 25th, 2017, we lost an Icon; Lary Faris passed on to the great Shuffleboard Court in the sky!

Many of you that have been around for some time remember reading the Articles Lary wrote to be published in many local newspapers; the Articles were about Shuffleboard Strategy and he was known as the “Shuffleboard Coach”.  Lary was very hesitant to let anyone republish those articles but after what, at least, seemed like years he relented and let Chuck Moulton republish some of them on the Zephyrhills Shuffleboard Club web site for the rest of us to enjoy.  At the time Earl Ball wrote the following introduction for Chuck Moulton, and it’s better than anything he could write at this time.  Earl Ball.

Earl Ball Speaks: “Lary Faris began shuffling when he was three years old at Lakeside, Ohio, where his family had a summer home. He is now in his 75th year of shuffling. Needless to say he became one of the games top players and was inducted into the National Shuffleboard Hall of Fame in 1980, over 30 years ago. Since that time he has also been inducted into the International, Florida and Ohio Halls of Fame. No other male player has won more National Championship, 15, than Lary. He got involved with International Shuffleboard and had a perfect 11-0 record in Yokohama, Japan in 1988. From that point on, besides playing and writing, he became intricately involved with the scheduling of games in International Tournaments.”

Lary starting writing weekly articles about “game situations” and other shuffleboard topics in 1989. These articles were printed in many Florida newspapers and Lary was known as the Shuffleboard Coach. He continued writing for 14 years, until 2003, creating about 700 articles. Many of us as shuffleboard players never had a chance to read the articles, but now we will get that opportunity. I know we will enjoy each and every one of them.

I consider Lary the ultimate Professional at everything he does and for all he has contributed to the game………Earl Ball.”

From a Personal point of view, Lary was my greatest Shuffleboard Idol!  He pushed me to the forefront in International Shuffleboard and in National Shuffleboard as well.  One of my great thrills and memories is of being presented a “gold medal” on the St Pete Courts with Lary, Joan Wheeler and Buck Buchanan as one of the 1st four Americans to win every game in an International Tournament.  Lary persuaded me to come to Lakeside for the Summer Nationals, I kept giving him one excuse after another not to be there.  He “kept after me” and I finally showed up; I’ve always been glad I did because Lakeside, in those days, drew large fields and was where the real Champions meant to test each other.  Over the last few years, until last year, I hadn’t been traveling to Lakeside.  Lary had been after me to return, he could be real pushy, like someone else I know and after running out of excuses I agreed that if he would live another year (he was in failing health) I would come to Lakeside to sit and talk Shuffleboard Strategy with him.  He did and I did and we had a great time dissecting everyone’s play in the Singles Championship.

Lary and Marilyn at the US NSA HOF Banquet, 2016 in Lakeside, OH

Lary and Marilyn watching Shuffleboard at Lakeside in 2016

Earl and Lary Dissecting the Play in Lakeside, OH, 2016

Little did I know that to be there his wife, Marilyn a wonderful lady, had to take him out of rehab.  I’m sure he would have been there anyway but I know he kept his word which was everything; still one of the most touching times I’ve experienced in shuffleboard.  At the Hall of Fame Banquet was where I learned of the special effort put forth to be sure Lary was present.  I had warned him that I was going to talk about him at the banquet; Lary always got the last word, even with me and he had prepared his comeback remarks but never got to say them even though he made clear he wanted to by asking during the presentation if “Earl Ball” was going to talk; things just didn’t work out that time.  May Lary rest in peace because when he gets his bearing there will be no peace for anyone that doesn’t want to play shuffleboard in the sky!

Click here to see what Glen Peltier has to say: https://celebrate100yearsofshuffleboard.files.wordpress.com/2017/04/lary-faris-shuffleboard-superstar-great-article-by-glen-peltier.pdf

Go here to read basic personal info. with regard to Lary: http://prabook.com/web/person-view.html?profileId=612794

Lary’s Obituary is not yet available on line.  (2017 04 26)  Accordingly I thought I would go ahead with what I have.  Thank You to the Phifer Family of Lakeside ; no family will miss Lary more.  Rich and Marilynn said this in the initial announcement with regard to Lary being admitted to the hospice. 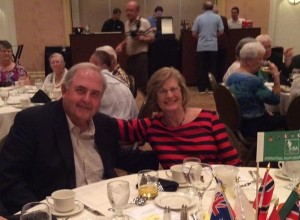 Rich and Marilynn Speak: Lary got me into shuffleboard volunteering and he tutored Marilynn. He played two of his last tournaments with me as a partner.  It was an honor as he carried me.  We won the Bill Slyh one year and finished 3rd the next.  Marilyn and Lary Faris are leaders and Marilynn and Rich Phifer have been blessed to be two their humble followers and have them as friends.

MAY HE REST IN PEACE:

8 Responses to Lary Faris Has Left Us, May He Rest in Peace. Information Provided by The Phifer Family and Earl Ball.