Earl Continues His Quest to Fully Comprehend Hockey!! SHUFFLEBOARD THE FORERUNNER TO HOCKEY 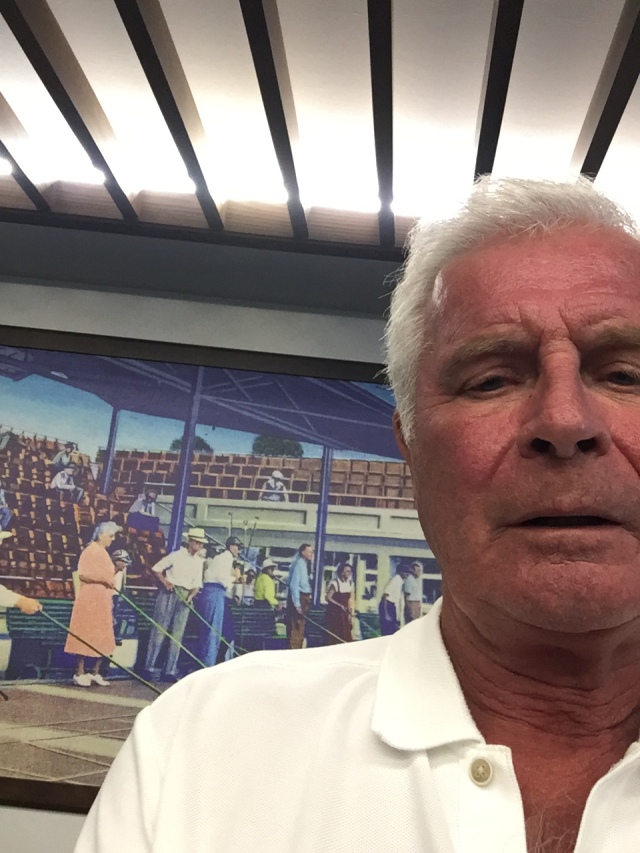 A Selfie by Earl at the Hockey Rink.

SHUFFLEBOARD THE FORERUNNER TO HOCKEY
It’s always bothered me that Hockey is so similar to Shuffleboard and then at the Hockey game today, as I was looking for my seat, I realized why! On the wall at Amalie Arena hung a picture of the St Pete (Mirror Lake) Club and it struck me Hockey is just a speeded-up game of Shuffleboard. Think about it! I took a selfie, I’m not very good at it, but look at the picture behind me.
By the way we lost the game even though I called my pal Henry ahead of the game to be sure we had Canadian luck on our side but as Henry would say “It wasn’t met to be”.
Earl 4-28-2018