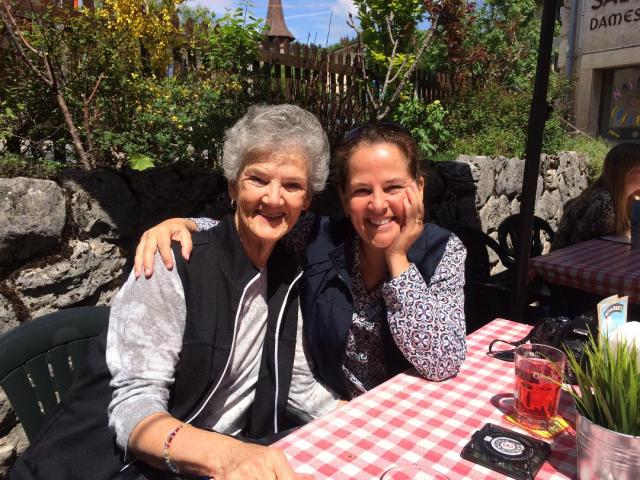 Myrna and her Daughter in Geneva Switzerland.

After Vienna the Burnett’s, Lindsay’s, Rendall and I continued on to Salzburg. Had a lovely “Sound of Music Tour”.

Rendall and I spent the last 10 days with family in Switzerland. Wonderful that we could spend Mother’s Day with our daughter Dianne and son in law Mario. They both teach school at the International School in Geneva.
We are home now reflecting on “Wonderful Memories” of our European trip.