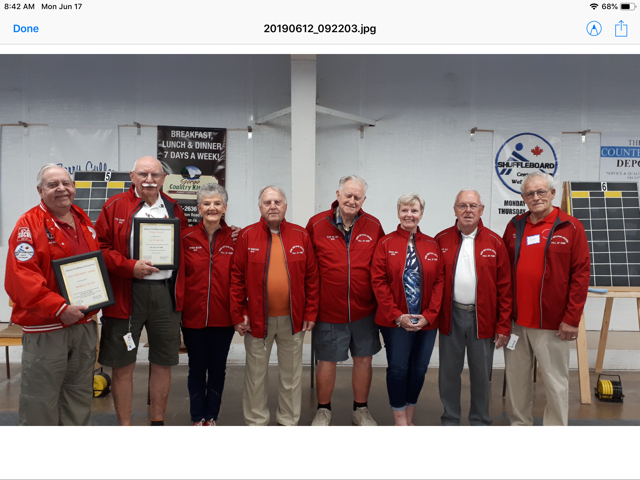 Myrna Bilton passes along her congratulations to the Ontario Shuffleboard Association HOF recipients
“Rendall Bilton was inducted into the OSA HOF as Past President for the Ontario Shuffleboard Association.
Carl Rogerson was inducted into the OSA HOF for achieving 35 points.
Rendall and Carl were presented with a plaque and a HOF pin.