Stan Shares Another Story of His Youth!! Please; Let’s Have One From You!! Any One of You!! 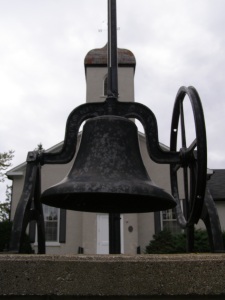 Bells have a way of making it into our history; one might say: “They keep ringing!!” And while the true story I am about to relate, may not be at the level of the story of the Liberty Bell; it is equally historical and memorable to residents of the former County of Ontario, the city of Oshawa, former students of Pereman’s School, SS#5 East Whitby, corner of Harmony Road and Winchester Road, formerly the 6th Concession in which the Bell was originally situated.  (How is that for being specific??)
The end of WW II (VE Day) was announced in Canada on May 7th, 1945, and to no one’s surprise, it was cause for Celebration. On May 7th, 1945 I was attending Pereman’s School on the outskirts of Oshawa, ON; a one-room school with attendance that varied from 12 to 16 pupils.  (School top left.) (Bell is top right.)
I was 9 years old at the time and vividly remember what I did, as well as some of the things happening around me. For whatever reason, the access to our school attic was open and a ladder was in place. I ascended the ladder, unbeknown to the teacher, and began ringing the bell and continued to do so until an older student was sent to “bring me down”!! Because of the jubilation of the day, there were no negative consequences for my behaviour.
The one-room school remained intact until about 1968 at which time it was demolished by local builder Walter Schleiss. However; the School Bell was relocated on Public Property in front of the Township Hall in Columbus ON, a suburb of the city of Oshawa. 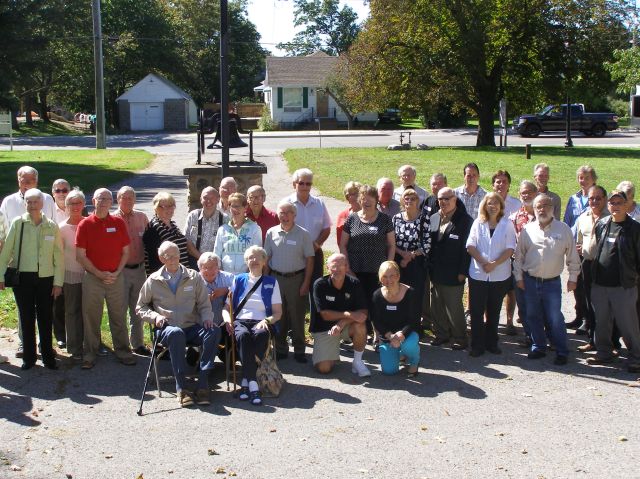 6 Responses to Stan Shares Another Story of His Youth!! Please; Let’s Have One From You!! Any One of You!!